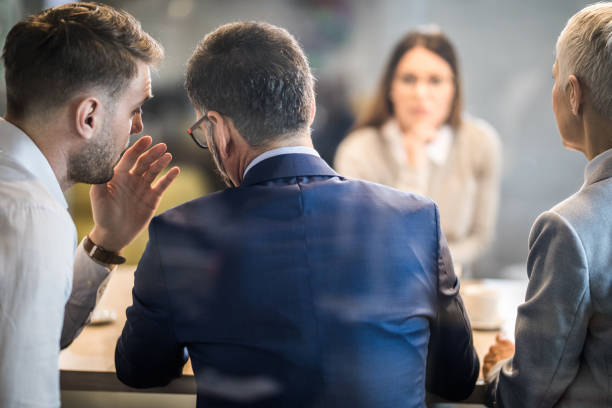 These four strategies will help you guarantee that your franchise partners are successful if you are a business owner thinking about turning your company and brand into a franchise or if you are already an emerging brand franchisor.

I recently had a discussion about what would make a franchisee lucrative with several friends in the franchise sector. First off, I absolutely adore franchisors who discuss the profitability of their franchise partners because it shows me that they have the right perspective and are taking things seriously. After all, if your franchisees are profitable, “hey, guess what? You’re going to have a pretty successful franchise brand.”

I really started to consider how you go about doing that, especially if you’re considering making your company a franchise. And undoubtedly, if you’re just getting started as an emerging brand franchise, you’re going to want to hear these four suggestions or secrets I have created specifically for you.

The first is that it begins with your own profitability. I lost count of how many times I sold my many units, master franchise, and territory, and I was very successful and profitable. Since then, I’ve spoken to up-and-coming brands and entrepreneurs who want to sell 40 or 50 pieces of their concept. I can’t tell you how many times the franchisors’ own units weren’t profitable while I spoke with them. And then someone persuaded them to transform their barely profitable company into a franchise. They genuinely believe that’s how they’re going to profit from this brand.

I could tell you countless tales, and I’ll share a few of them with you today about folks that launched their businesses improperly. It will be very challenging to have a successful franchisee if your corporate unit and your core model are not already profitable. Let’s say they were not highly profitable in their own unit before becoming a franchise, and now that it is their flagship, it is not profitable for them.

Numerous people I spoke with expressed interest in franchising their brand; in fact, I work with a group of colleagues to do this. In the beginning, it is crucial that the firm be tightly controlled and profitable. The bottom line is, before you do anything, be sure that your own model, your own unit, is lucrative. That is a good concept to then possibly consider franchising. There are many other factors that go into that thought process of turning your firm into a franchise. Therefore, having a successful business strategy is essential if you want franchisees who will be lucrative in the long run.

Number two, pour yourself into your franchisees. In fact, as a master, I used to refer to it as a “kickstarter program” since I was so intent on the initial three to six months of its operation. From my 22 years of experience in franchising, I can tell you that if you get a franchisee off to the right start in the first six months, and they’re getting the business, they understand your model if they’re doing well and they’re building momentum, that franchisee will be a really good and profitable franchise, and you’ll have them as a franchise partner for a very long time. Put all your effort into that.

The other thing I’d want to mention is that 80 to 90% of the people we sell franchises to, award franchises to, or assist in finding the business of their dreams come from an employee II background or employment background. This means that employee II is very much in their thoughts. And by that, I mean that, for instance, when I was an employee, I could, quite honestly, retreat into a corner if I didn’t like what was happening, felt I was being treated unfairly, or noticed politics at work, and whine and complain. I’m sure I could keep up that pace for a week or two. And although it will reduce my output, my income won’t alter because I receive a salary and other compensation. So, that serves as sort of one illustration of the employee perspective.

Another illustration of an employee’s attitude is living essentially paycheck to paycheck. According to a statistic I just heard, more than 80% of Americans currently live paycheck to paycheck. Again, there’s a mindset that says, “I don’t know what I’d do if I didn’t have that paycheck next week or two weeks from now.” The mindset of a business owner is one that acknowledges that the reward comes later and that they must plan out what will occur in order to plan out their business and their cash flow. And they understand that the real reward comes as they grow their company into a valuable asset that is producing for them.

These are some illustrations of the differences between the mindsets of employees and business owners. And if you want to have a successful franchisee, invest in them. Create a program that will take them 3, 4, 5, or 6 months to transition from an employee attitude to a business owner perspective. If you follow that advice, you’ll have successful franchisees and wonderful franchise partners. If you get them off to the right start in the first 3,4,5,6 months, they’ll be a franchise partner for life.

Third, when you decide to franchise, make sure you are adequately capitalized. The last thing you want to happen as the franchisor is to have several franchisees in and, possibly, one of them needs to fly to their location for their startup or opening and you are scrimping and saving or you are cutting corners because you are not adequately capitalized. For the initial launch of your franchise, let’s say you’re a H fac company, or you’re a plumbing company, or you’re a window washing company. That’s a business, but opening a franchise is also a business in itself.

This is why it’s crucial to have direction and assistance along the way as you start a franchise or start turning your firm into a franchise. Just the other day, I had a conversation with someone who claimed that when they first started out, they were managing all of their franchise operations through the corporate unit’s operating account. They didn’t even legally or financially separate the two. Therefore, you must capitalize correctly. Get assistance with these tasks, or at the very least, begin learning about franchising before you turn your firm into one. Franchising is a different business.

So, allow me to give you a few examples of real people. Once more, I won’t use any names, but I’ve come across a number of folks who, during the course of their business, had enough cash to at least get started. Then, someone said, “Wow, I really like your business, and I would want to own a franchise similar to yours.” This is a fantastic business that you should franchise, and  they had just enough money to complete their Franchise Disclosure Document (FTD), but after that, they had to include a statement that they may have spent $50,000 of their 3040.

They may have had some time and money to invest in some collateral or assets, sales, and marketing, but they lacked the funds necessary to introduce their brand to the market. When I mention the association I have with a few other people, we assist people in transitioning or converting their business models into franchise concepts, and we work with them on a long-term process. We advise people that we have probably 125, 150, $175, or even upwards of $200,000 if you are going to market your franchise concept properly.

You may not need all of that at once. However, the issue is that in order to fully enter the market, you must have access to that kind of capital. And I can even think of one instance where someone I met had shut down their franchise while continuing to operate their own corporate branches. However, they had to close their franchise since a significant consulting firm had spent up to $100,000 working with them. After that, they actually had no money to sell.

They consequently lacked the $340,000 needed for franchise marketing. In other words, you want to be appropriately capitalized if you’re going to build a franchise concept or turn your company into a franchise. So, we discussed how being lucrative for your unit, model, or concept is one thing. We just mentioned being properly capitalized when you go to develop a franchise version of your business. We spoke about a bridge program to help ramp up or kickstart your franchise, your new franchise partners.

The final point I wanted to make was that you should choose the correct franchisees early on. And while there are what are known as FSOs—franchise sales organizations—out there who are entirely focused on generating sales for you, I believe that franchisors of emerging brands are the ones that will have happy franchisees, and that is the subject of today’s discussion.

In reality, they pay close attention to this phrasing as they carefully choose their franchise partners. If you work with some of the largest FSOs (franchise sales organizations), you’ll deal with people that are only paid to sell; they issue franchises, not sell them. I mean, we would all probably say, “Hey, I’d love to be selling 50 franchises in my first year, and 40 or 50 a year for several years.” But the truth is that you’re going to run into issues in the future, and I can tell you that because I witness it every day. Additionally, those issues are likely to start to emerge in a few different contexts.

I see a lot of franchise concepts that are selling in those volumes—50, even 100 in 9, 12, or 15 months—and they’re just getting crushed by the infrastructure that they don’t have and can’t keep up with. One is going to be whether you are properly capitalized and have the funding to support that kind of growth. This makes your future franchise partners unhappy and may cause their openings to be delayed. That is simply one of the issues, therefore.

The second issue is that, over time, if all you do is sell franchises without awarding them, you will end up with people who are not the right franchise partners, especially for your first dozen or so. This is crucial for the long-term profitability of your franchisees because the incorrect selection and award of just making a sale will result in people who will not run your business successfully, will not make good franchise partners, and once more, the conversation today.

Those are the four keys to ensuring franchise profitability. Let me sum up if you are a franchisor, an emerging brand franchise, or someone who is thinking about turning your brand into a franchise. Start with your own units and a highly profitable model. Second, you need to have adequate funds. Third, dedicate yourself to a “kickstart program” to aid your new franchise partners in succeeding in the first six months. So enter with the knowledge of how much money you’ll require within your first 12, 15, or 18 months. You shouldn’t be cutting corners when opening your franchise. Last but not least, the fourth ranked award franchises don’t sell them by decreasing costs as you begin.

PrevPreviousWhat all Franchise Brands Should Do for New Franchise Partners
NextWould you recommend a broker/franchise development career to a friend?Next