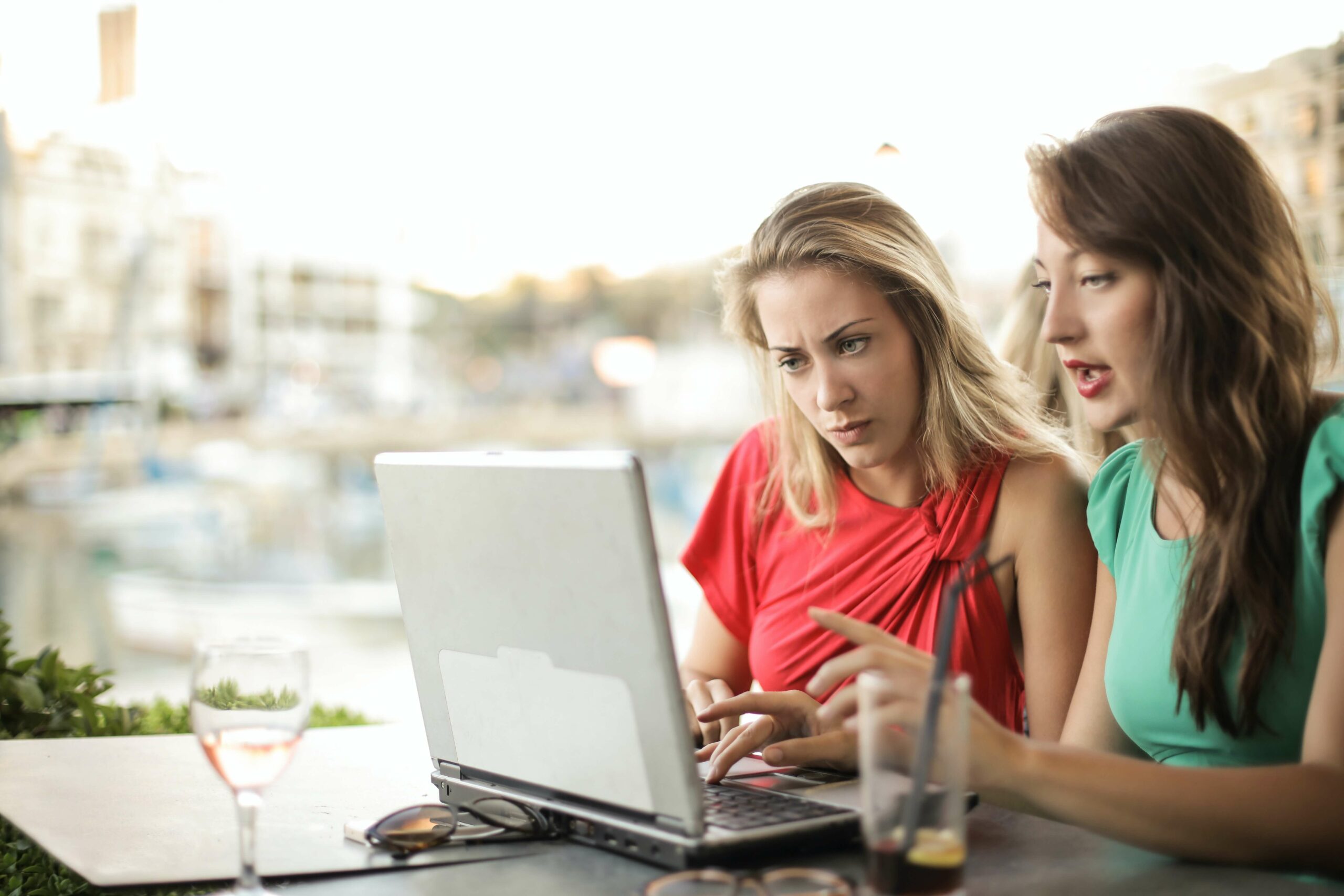 This is going to be a difficult and sensitive topic, and I’ll probably receive a lot of negative feedback about it. The truth is that this is a terrific job in the current business climate, as opposed to those in medicine or health care. In today’s corporate environment, this is one of the most lucrative careers you can have. The truth is that the majority of people are not taking advantage of it to the fullest extent; in fact, they rarely even manage to make a true income from it. And regrettably, that has been the situation. So, “Would you recommend this business to a close friend or a family member?”  is the topic.

According to the most recent information I have from the people in this industry with whom I have spoken, a franchise consultant or broker often makes fewer than two sales each year. Therefore, with an average commission of somewhere between 15 and $30,000, the typical range was the average. That amounts to at most $50,000 each year. While I’m not sure about you, I don’t know many people who can live, support a family, and lead the kind of lifestyle they choose. I don’t believe they will or need to earn that much money in order to live the lifestyle they desire and accumulate the riches they desire. I will now discuss why this is the case. Why is this taking place? And after that, I’d like to discuss potential solutions.

One of the first things to note is that, for some people working for someone else in the broker or even franchise sales arena, the reality is that many people do not have prior experience owning a business or a franchise. As a result, even though they have the best of intentions, they often lack business and even career guidance experience. The truth is that they aren’t speaking from a place of having been there, done that, and understanding how you feel. I am aware of your upcoming struggles. This is the way you deal with it, and I think for certain people, that really sets them apart from some consultants and some brokers.

The second aspect of training is that, according to some I’ve spoken to with less than a year’s worth of experience, they essentially just finished the training that was offered for the tens of thousands of dollars that they invested in it. I think that the two most crucial elements—lead generation and knowing how to manage a pipeline and the actual candidates—have not received nearly enough attention, at least not for the first two or three years of this firm. And I’m often surprised by the things that people don’t know now when I coach developing brands, as well as drivers, franchise brokers, and franchise consultants; perhaps part of it was their own fault that they didn’t retain certain information from the training. But I’m really taken aback by how unprepared they seem to be for some of the client problems they’re dealing with.

The second factor that I believe to be quite important is support. I believe it’s a more important component of this success track than most people realize. And once more, organizations have good intentions. They occasionally connect you with Buddy coaches and occasionally provide you access to successful people in this industry. They’ll organize some workshops and sporadic chances for you to speak with others who have experience. But it simply isn’t focused enough on what’s happening in each individual broker consultant’s firm on a day-to-day basis. I actually believe that smaller, more concentrated, and more personal coaching is the most effective approach.

In the early years of my own career, I marketed franchises. My sales increased by over 600% thanks to a situational sales emphasis and a focus on effective lead generation for roughly six months. This is because the coaching was much more individualized and focused on what I was doing and what was happening in my business. These two elements, lead generation to ensure that the pipeline is being filled and is strong, are therefore the focus of my coaching today.

Then there is situational selling, which is when you know how to handle your prospects. What’s happening, when a prospect won’t include their wife or spouse in the situation; what’s happening, when a candidate is ghosting you or failing to follow through on the things they should be doing with a franchisor or the things they should be doing to get back to you. Again, these are situational selling strategies that you must pick up along the way. If it was covered in the training, it was likely forgotten in the flurry of the moment. Again, perhaps there was simply too much information to process in three or four days. Therefore, you require that support, but in a way that is both demonstrative of what is happening and conducive to your speedy financial success.

I believe that too many people in the later phases of their careers are leaving the corporate world, even if it’s frequently not what they had in mind. They don’t appear to want to invest the $75 to $200 every quarter, on average, that it would take to start their own company. So they choose this 20- to 40-hour-per-week career, but then they begin to slow down. They begin to believe that they can achieve this wonderful, wonderful wealth and lifestyle. It will provide them with a lifestyle, but it won’t provide them with the money unless they are fully dedicated to it. And they invest the time necessary to at least get the firm off the ground—at least the first year, 18 months, or two years—until you have a strong pipeline running continuously. Your conversion rates go up since you know how to approach candidates.

Finally, I’d like to discuss the financial commitment required. I believe that after paying an organization $20, $30, or $40,000 to be trained, people are not realistic about the level of investment required. They rely far too heavily on the broad leads they receive from their initial investment, and to be completely honest, those leads aren’t that great. a lot of the time. Although those early leads are helpful for practice and burning through, I don’t know many consultant brokers who have generated many sales from them. I believe that’s because too many people entering this field assume that’s how their business will generate cash flow. After that, they will be able to finance subsequent investments, marketing campaigns, and lead generation as they close those initial sales on those initial leads. What I’m trying to say is that once you’re trained, you’ll need to make more lead generating investments if you want to start making money right away.

So what can you do if you’re thinking about a career in this field? If you’re already in this field and you’re recommending it to someone else, I think there are a few things you could mention. One is that they must have a realistic understanding of how long it will take to launch this business. It is a full-time endeavor for the first year, which is between 15 and 18 months. Therefore, you must let others know that it is incredibly rewarding. It’s also a fantastic possibility for money and a luxurious lifestyle, but keep in mind that for the first year or so, you will need to work on it full-time. You must work a minimum of 40 to 50 hours per week to do this, and I don’t mean 70 or 80.

The second item is to inform everyone you propose this vocation to of the required investment, which, in my experience, ranges from a bare minimum of $2,500 to $3,000 per sale, beyond any early leads they may receive from their initial training. And in some circumstances, it can cost more than $10,000 to complete that sale that brings in $15 to $30,000. So how much money do I want to make so they can do the math? I need to invest in lead generation to generate that money, and they need to set aside that kind of money, I say, at the very least, probably $2,500 to $3,000, they should really be in the startup phases, because you’re going to burn through a lot of leads not knowing how to handle them. And consequently, in the first year, the ongoing promotion will likely cost more like $5,000 per month. What can you do about it then? If you’re considering it as a job or you’re promoting it to someone, make sure they understand the time commitment and the financial commitment.

As a result, a large portion of my audience now consists of franchise consultants and brokers. Therefore, you may have six months to two or three years left in this industry. Additionally, it isn’t what you wanted, and you’re not achieving the level of money you desired. Therefore, it is clear that it is beginning to restrict the lifestyle you can lead. So what can you do about it if you’re already in business? I suggest using one of the strategies I mentioned earlier, which is to ask for assistance from those who have done it really successfully in the past. Make sure the assistance you receive is tailored to your needs, your business, your goals, your plans, and your aspirations. Don’t just join a group because there are 20 to 40 people in it; get personalized coaching and assistance. I can assure you that it will be worth the cost since you will earn money faster with that support than you would without it. Furthermore, you are aware that a single transaction will more than likely pay for all of your coaching expenses for at least a few months.

So, seek assistance. Get some targeted, purposeful aid for yourself if you’re already working in the industry. In conclusion, suggest this line of work to a friend or family member. It is very gratifying. Both professionally and personally, it is quite gratifying. By discussing with them the budgeting and planning the investment they need to make in marketing, lead generation, support, and coaching in order to start successfully and have an outstanding career, you can help them deal with the realities of entering this business and profession.